Kudos to COE efforts comes in the form of a variety of awards and recognition. Explore the many ways our work is being affirmed, recognized and applauded!

In 2016-17, College of Education faculty members were awarded $22.5 million in grants and contracts.

Below are the 2016 Funded Research totals (in millions) for Schools of Education:

Learn more about grants awarded to College of Education faculty. 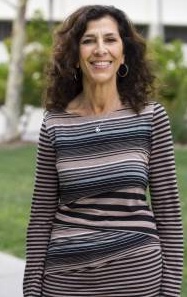 Dr. Caren Sax, Professor and Chair of the Administration, Rehabilitation, and Postsecondary Education (ARPE) Department and Director of the Interwork Institute, was listed amont the highest funded researchers for 2016-17 at SDSU.

The SDSU Awards of Distinction, previously knows as "The Montys," are a time-honored tradition at SDSU. The award is a symbol of achievement and success presented to distinguished professors and alumni. The SDSU Awards of Distinction are bestowed by the SDSU Alumni Association and given to those who have made significant contributions to the university, the San Diego community or California, nationally, or internationally.

Dr. Douglas Fisher joined the Department of Educational Leadership in 2011 having served as Professor of Language and Literacy Education at SDU since 1998. In addition, he is a teacher and administrator at Health Sciences High & Middle College. He has served as a teacher, language development specialist, and administrator in public schools and nonprofit organizations, including 8 years as Director of Professional Development for the City Heights Collaborative, a time of increased student achievement in some of San Diego's urban schools. Fisher is a researcher who is interested in school improvement, especially in the area of quality instruction.

Dr. Karen Janney earned her doctorate in Educational Leadership at SDSU with an emphasis in district transformation. As Superintendent of the Sweetwater Union High School District with over 37 years of secondary teaching and administrative experience, Dr. Janney brings a demonstrated record for creating and sustaining dynamic organizational capacity and educational equity. Recently, she served as an Executive Coach for the National Center for Urban School Transformation (NCUST).

Randolph Philipp is director of SDSU's Center for Research in Mathematics and Science Education (CRMSE), an interdisciplinary community of research scholars from the College of Education and College of Sciences. A testament to his national reputation in the field, he was elected president of the Association of Mathematics Teacher Educators. Philipp has co-authored 2 National Science Foundation-funded projects, each one supported by a $2.5 million award.

September 11, 2017  The Department of Counseling and School Psychology (CSP) was a recipient of the 2016-17 Provost’s Innovation for Excellence Award.  The Provost’s Innovation for Excellence Award recognizes academic departments or schools that have through collaborative effort implemented a new initiative that has generated new momentum toward achieving one or more of the key goals of SDSU’s Building on Excellence strategic plan. [Read more about the award.]

With just $25, you can make a gift that will help keep our award-winning work moving forward. Learn how.