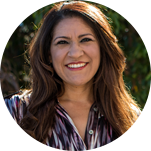 Dr. Letty Pileski is a Licensed Marriage and Family Therapist with experience in working with families, children, adolescents, couples and ethnic minorities. Dr. Pileski received a Masters of Science in Counseling with emphasis in Marriage Family Therapy (MFT) from the University of La Verne and a Doctorate in Clinical Psychology with an emphasis in MFT from Alliant International University. She is an Adjunct Professor at two COAMFTE accredited universities, Alliant International University (AIU) and San Diego State University and is Certified Core Adjunct at National University. She is an AAMFT Approved Clinical Supervisor, Trainer and Mentor.

She has over fifteen years experience in working with diverse community based programs, has worked with youth for over two decades including developing and directing therapeutic camps. She has a Certificate in Latin American Family Therapy from AIU’s Mexico Spanish Language and Cultural Immersion Program. Her influence from the program has motivated her to return to the Mexico Immersion program annually and to travel to other parts of the world to work with orphans and increase learning opportunities for the underserved. She has developed camps for children and adolescents locally, and in Mexico City, Oaxaca and Cambodia. Dr. Letty values experiential learning and is an active therapist at Fusion Academy.