Donor Spotlight: David and Catherine Want and Power of a Scholarship 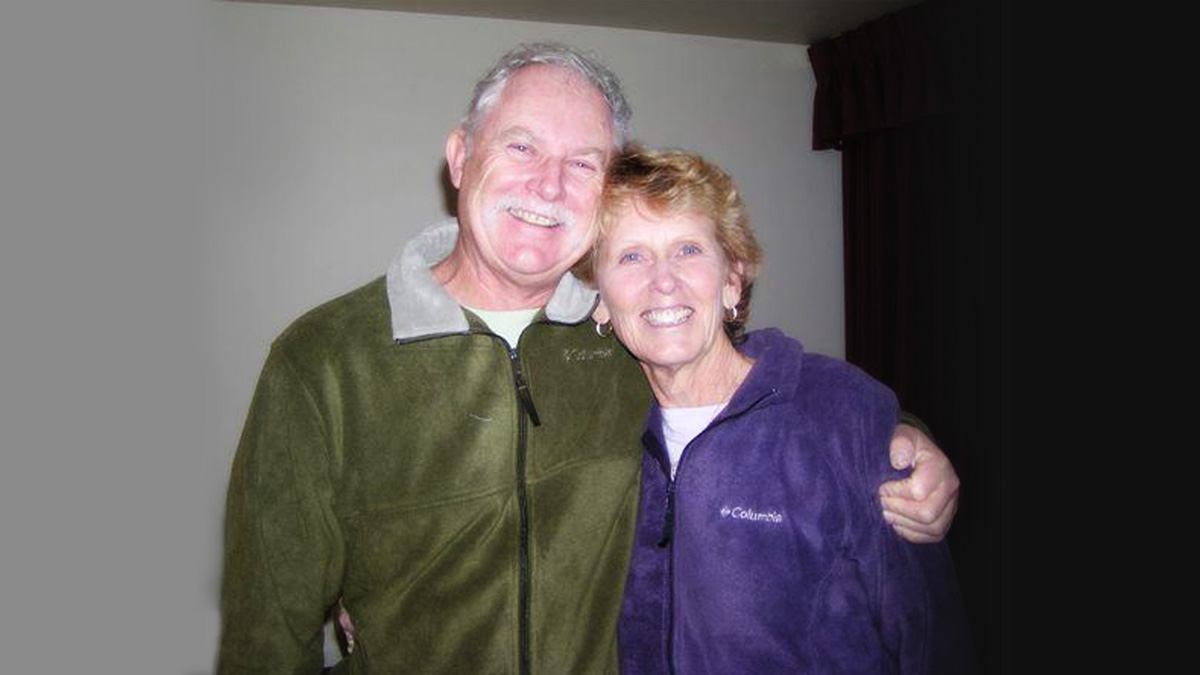 A hundred bucks changed everything for David Want and Catherine (Harris) Want. It was 1966, and David was a teenager in Encinitas pumping gas for a dollar an hour. Coming from a family of limited means in what was then a sleepy rural community, he needed help if he was going to attend college.

It came in the form of a $100 scholarship from the Women’s Club of Encinitas.

It wasn’t much, but it mattered. The sum allowed David to put enough gas in his 1956 Ford Station wagon to take him to and from Palomar College. He even had a little left over for books.

“I wouldn’t have been able to go without it,” he says, matter-of-factly.

The scholarship was the springboard that propelled David (’71, ’73) to San Diego State University, where he studied mathematics and earned his teaching credential. That led him to a long, rewarding career as a teacher and IT administrator in San Diego and Orange Counties.

It’s also what allowed him to eventually cross paths with his soul mate, fellow SDSU alum Catherine (’71, ’78). The San Diego native, who earned her master’s in curriculum and development from COE, was a high school math teacher in nearby Lakeside when she met David at the start of a Fulbright Teacher Exchange to the United Kingdom in 1985.

The two — who had never crossed paths despite being in the same graduating class and having mutual friends— fell in love across the pond and were married even before returning to the States.

In gratitude for what that timely $100 set in motion, the couple was inspired to support future math teachers. In 2015, the Wants established a scholarship in the SDSU College of Education that awards $10,000 to between two and four students every year, in perpetuity.

“We know how tough it was for us going to school and having to work,” said Catherine, from the couple’s home in San Clemente. “We didn't want that to cause somebody who should be in teaching to not be able to be in teaching. That's our major motivator.”

Another motivating factor was their belief in the need for high quality math educators — something they both exemplified in their careers in education.

Catherine taught at El Capitan High for 15 years, starting the school’s advanced placement program and making a difference for students whom others had written off.

“I loved building student confidence,” she said. “When I started at El Cap, four of my five classes were considered the dumping ground, the kids who people thought couldn't succeed. But I was confident they could succeed if I used a different approach. I loved creating ways to trick them into learning math. Because I knew how important it was.”

She went on to teach for 18 years at University High in Irvine, emotionally supporting students facing crushing family pressure to succeed academically.

For David, becoming a teacher was the fulfillment of a lifelong dream.

“I was really shy in class, but there was something about imparting knowledge to other people that I really liked,” he said. “I didn't care about the money — I wanted to be a teacher.”

Thanks to the Wants, many future educators will worry a little less about money as they pursue dreams of their own.

Gifts of all amounts influence student and faculty success. To learn more about making a difference through philanthropy, please contact Megan Beardsley, director of development, at [email protected] or 619-594-2277.