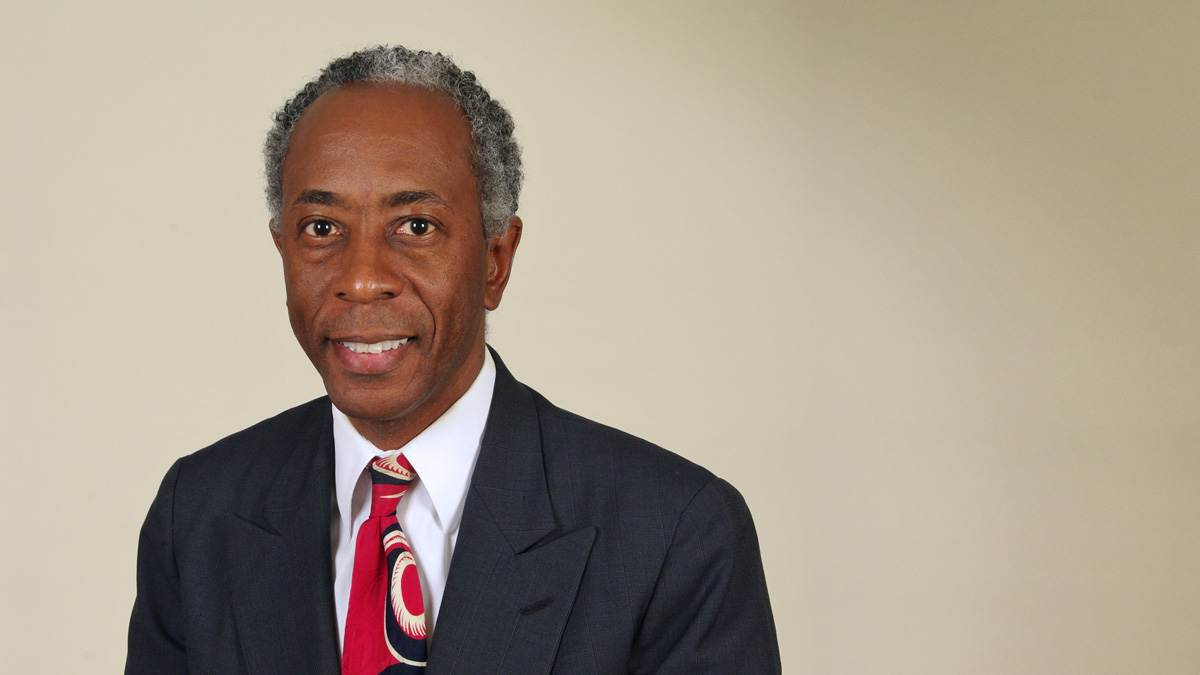 A few years ago, Dr. André Branch was teaching a multicultural education course at San Diego State University when a student shared something that shocked him. Branch was, she informed him, the first Black teacher they had ever had.

He was taken aback. Could this be? Are scores of American students really experiencing 12 years of primary and secondary schooling without ever seeing a Black person at the head of the classroom?

So he started asking the question semester after semester. Every time he inquired which students had never had a Black teacher before, hands would invariably go up.

“A lack of teachers of color sends a message — not only to students of color but to all of the students in the classroom,” said Branch, an associate professor in the SDSU School of Teacher Education. “It’s about who has the corner on truth, who is intelligent, who has the capability to handle school knowledge and impart that knowledge to students.

Branch was a key part of a new project that aims to wipe that message off the blackboard for good.

The Equity and Excellence Certificate Program — created by the California State University Center for Transformational Educator Preparation Programs and funded by the Bill and Melinda Gates Foundation — launched in October. The idea behind it is to bolster recruitment, retention and preparation of teachers of color while preparing all teachers to effectively teach students of color by valuing cultural differences and embracing anti-racist practices.

“No student, in my view, should have to park their culture at the door or forget who they are in order to get an education,” Branch said. “All of us need to understand the differences — culturally, ethnically, racially — that people bring when they walk through our doors.

“The program we've created addresses policy and procedures, curriculum development and interaction between each other in this whole educational endeavor.”

The program is broken up into three virtual courses, the first of which is underway this fall. The courses are geared toward current teachers, teacher educator faculty, administrators, school counselors and staff members in public schools, and offer research and activities to increase knowledge and skills for anti-racist teaching, leading and workplace interaction in all spheres of education.

Branch was part of a team of more than a dozen CSU teacher educators who spent a year and a half designing the curriculum. Dr. Paul Luelmo, assistant professor in SDSU’s Department of Special Education, was also part of the effort.

“I felt privileged to be asked by Assistant Vice Chancellor Marquita Grenot-Scheyer to work on creating this curriculum,” Branch said. “I was just delighted.”

Growing up in the Bronx in the 1960s inspired Branch’s passion for bolstering the ranks of teachers of color and better equipping all teachers to educate students of color.

During his entire K-12 experience, he recalls having only three Black teachers — one of whom was for homeroom and never taught him a single lesson. And even at his racially-diverse New York schools, he counts only one teacher during that time who brought culturally-relevant material into the classroom.

He also experienced less subtle forms of exclusion during a six-month stint living in segregation-era North Carolina. Branch said he still gets emotional thinking about an experience at a movie theatre that had a divider separating white patrons from Black.

“From these experiences, it always bothered me when people were segregated — isolated,” he said. “I don’t want any children to come through a K-12 system having left their culture at the door. I don't want any of them to be bereft of who they are.”