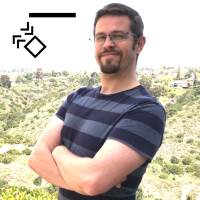 Adam has served on the board of the San Diego charter of the American Sign Language Teachers Association (SD-ASLTA) to help build a community of support for ASL teachers in the San Diego area as well as raising awareness of standards and expectations for ASL teachers in school hiring and employing them. Adam is also greatly involved in using a written form for ASL and currently working on building a Wikipedia entirely written in ASL using a system called SignWriting.