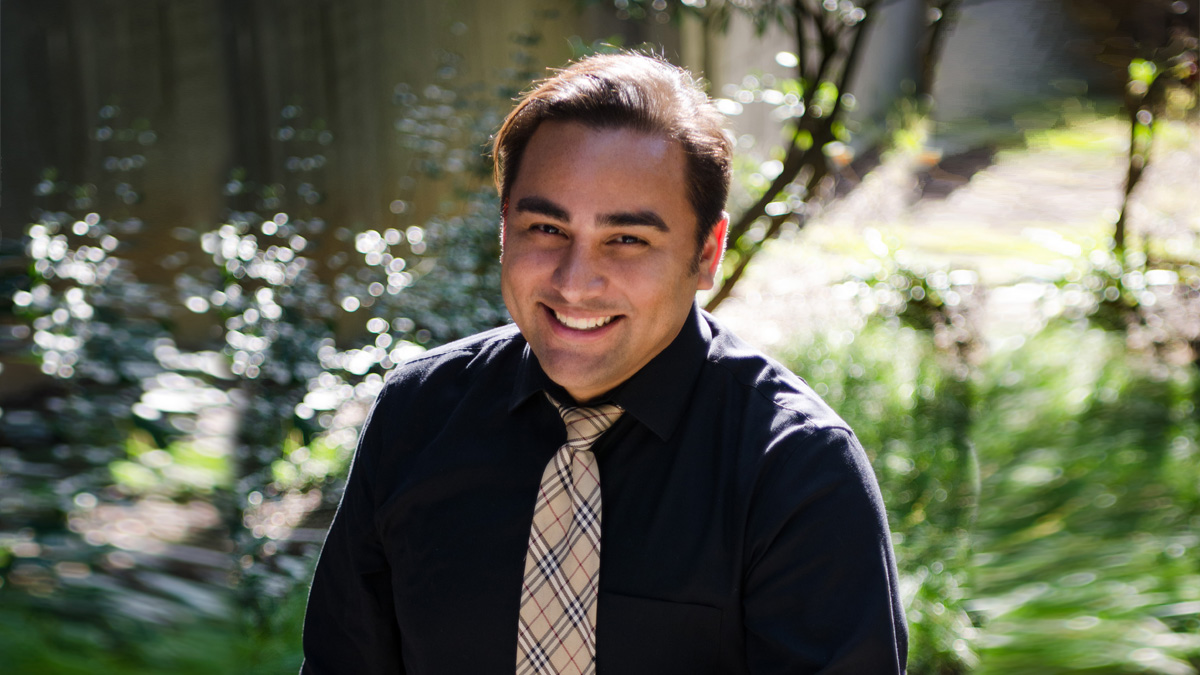 An important fact you need to know about Saúl I. Maldonado is that personal plaudits aren’t really their thing. The assistant professor in San Diego State University’s Department of English Language and English Learner Education (DLE) is known for their selflessness, collegiality and enthusiasm.

“U is only one letter in the universe,” says Maldonado, who uses they/them pronouns. “I take meaning in my colleagues and in my community. And I'm grateful.”

That philosophy, combined with their boundless energy, has helped make Maldonado a go-to team member for important collaborative projects across the college and the binational region. To name a few:
What drives Maldonado to take on so much?
“Ultimately, I care,” they said. “It excites me to think and be a scholar and work with amazing folks.”
Learn more about Maldonado’s work and inspiration, in their own words:

On where it all began:

“I grew up in Northwest Pasadena in a Black and Brown community — the same community where I was later a teacher. Northwest ’Dena, as we call it, was the only constant in my continuous immigrant family community of change. I also spent summers with my family in Mexico City and I even attended middle school there for more than a year. One thing I remember about eighth grade in Mexico City was everyone listening to these English language songs. Schoolmates would ask me for support in understanding the lyrics. So being bilingual became kind of a cultural broker piece. Friendships ensued and those connections made for memories that I think are really transformative.”

On becoming an educator — reluctantly:

“My mother is a teacher and my sisters are teachers. So as a youth I knew about education, and I knew I didn't want to do that. (laughs) But through my exploration as an undergraduate at Cal State LA, I started learning about Chicano/Chicana Studies and taking other language and culture classes. I kind of self administered my own liberal arts curriculum. Whatever the required amount of units were, I basically doubled it. I was like, ‘Oh, a Mexican muralism class? Why not.’ That just organically led me to a pathway back to education and into a teacher credential program. I got into substitute teaching, then became an English teacher and eventually an ELD (English Language Development) teacher back in Pasadena.”

On the importance of binational partnership to train teachers:

"It’s really one of the most exciting opportunities here in the SDSU College of Ed — it’s an opportunity to dream, to imagine, to open hearts. We have children who are U.S. Citizens in Baja California schools right now. Our colleagues in Mexican schools don't really have a system in place for linguistic diversity the way we do in California, with the practices we've developed over the past 50 years given our multilingual realities. But the way they have responded is unique and contextualized to the Baja California and Mexican context. We can learn so much from each other, and that’s what's super exciting. Teacher preparation from a binational perspective — working with leaders to identify synergies and best practices — is so important. Because these students in San Diego and Tijuana are all one large family anyway. We're connected. So preparing teachers to integrate these shared cultures across nation states is really powerful.”

On their motivation to make a difference:

“I think it’s knowing how influential — both positively and negatively — the interpersonal relationship between students and teachers is in terms of optimism, self esteem and aspirational dimensions. I don’t mean aspirations just in terms of employment. If a student is feeling whole and a student is feeling respected by their teachers, then they bring a different mindset to how they interact with their family members and their community members — and who they become.”
Categorized As
FacultyDLE
Last Updated 10/7/22