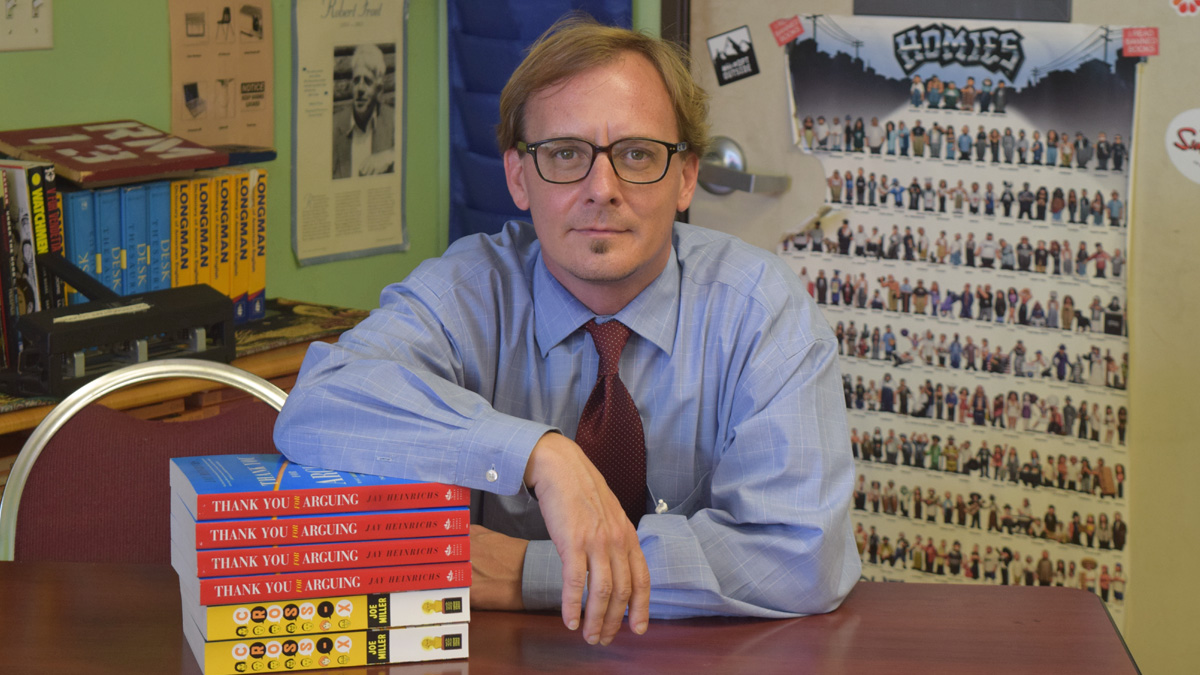 As the reality of his Fulbright acceptance and upcoming semester abroad in Belize sinks in, Al Schleicher finds himself excited less by what he can gain from the experience than by what he can leave behind.

Schleicher, a student in San Diego State University’s Joint Ph.D. Program in Education with Claremont Graduate University (JDP), will head to the Central American nation in January 2023 as part of the Fulbright U.S. Scholar Program. He’ll be partnering with the University of Belize’s teacher education program on a project to build capacity to better train and support teachers.

“I'm there to build something,” said Schleicher, who earned his bachelor’s degree in political science from SDSU in 1997. “I want to leave something for the classroom teachers who are in-service, for the pre-service teachers who are at the university and for the professors so they can turn and teach.”

The idea behind the project stemmed from research he conducted for his JDP dissertation, which is about collective problem solving. Schleicher — a former English teacher in East Los Angeles who also taught in the Netherlands on a Distinguished Fulbright Award in Teaching — was surprised to learn Belize had one of the lowest literacy rates in the Western Hemisphere.
That piqued his curiosity into how Belize, the only Central American country where English is the official language, professionally developed its teachers. He discovered the country offers its prospective teachers no observational learning or student teaching experiences with veteran guide teachers.
“Basically you get your bachelor's degree and they say go out there and be somebody,” Schleicher said. “How can you raise literacy rates if you've never observed an exemplar teacher or if you've never had any form of professional development?”
As a Fulbright scholar, Schleicher will work to fill in those systemic gaps. At the University of Belize, he will teach an existing course in teacher education as a guest lecturer all while developing a capstone project centered on professional development that pre-service teachers will take before they enter the classroom.
Additionally, he hopes to travel the country to visit in-service teachers who are University of Belize alumni. His idea is to start a professional learning community and cultivate leaders who will empower teachers long after his five months in the country are up.

The idea coming to fruition has come as something of a shock to Schleicher.
A doctoral student slated to defend his dissertation in November, he teaches classes in SDSU’s online master of arts in teaching (MAT) program, ranked No. 8 in the nation by U.S. News & World Report. But in applying for the Fulbright U.S. Scholar Program, he knew he’d be competing against tenured and tenure-track faculty members from across the country.
“I'd been telling people I thought my chances were slim because I'd be competing against associate and full professors,” he said. “I told Marva Cappello (JDP director), I have a better chance of getting bit by a polar bear in San Diego than I do of getting this. I am really humbled by this and I'm looking forward to it.”
Aside from what he hopes to build, Schleicher said he is excited to experience Belize’s food, culture and unique Creole language. He’s also eager to explore Mayan civilization and spirituality and the spectacular biodiversity of the Yucatán Peninsula.
"I like the idea of waking up every morning and seeing a toucan and an iguana,” he said, laughing. “Toucans to me, that's Froot Loops, right? That's all I know."
This story was originally published at SDSU NewsCenter.
Categorized As
International Affairs
Last Updated 10/7/22